Jack Sprat and Me

Let me just start out by saying that I don't ever plan on figuring out how to spell Taxol, the new chemo in my cocktail Monday last. In fact, I hope I spelled it wrong. I'd spell it wrong on purpose if I didn't have to do a spellcheck to make sure I spelled it wrong. So, if you know how to spell it, please don't spoil it for me by commenting me and besmirching my blog with a proper spelling of that darn word.

Here's how much I don't like Taxol: If I were to say to you, "Taxol is kicking my ass." Which I would hate to do, because I don't really feel like offending people on my blog, who might feel that the last word in that sentence is the dirty one, when, in fact, the first one is the one that I have been thinking of calling the T-word.

I wouldn't even lay down the T-word with the X falling on a triple letter square in Scrabble if you paid me. That's how much I don't like Taxol.

I had heard about the side effect of numbness/tingling in the digits. But mostly I was concentrating on the statistics I had heard, that 80% of patients find it to be an easier ride than the Adrymiacin/Cytoxin of my first flight of chemo cocktail. My fingertips are not shocked, just a little numb, to find out that I'm outside the box on the statistics.

What I hadn't heard about Taxol, until my oncologist mentioned it to me that day, was that it might make me achy, like the white blood cell shot makes some achy. I could've done the math and figured that meant achy on top of achy, if I didn't have chemo brain; but really it ended up feeling like achy squared.

We did have a quiet but lovely Thanksgiving. Amanda and I were able to make the best turkey ever for the third year in a row. Some of my tennis buds flanked it with side dishes. My mum was there.

Shortly after, I just started to feel myself go downhill and went up for a nap to try and sleep it off. But the achy was just setting in. By Friday I was having a hard time coping with it. Friday was the hardest day I've ever lived through. It is the first time I've wondered if I am strong enough to do this.

Saturday morning I awoke to find out that my friend, Linda, who I had asked y'all to pray for when you pray for me, had gone to be with God, finishing her fight with cancer by kicking it in its you-know-what once and for eternity. But I will miss you. 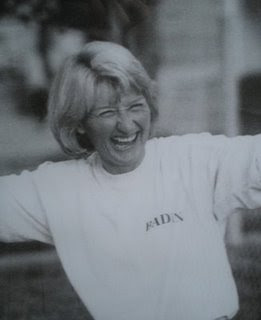 To compound things, Dave had been having stomach issues that had him doubled over in pain much of the weekend. He thought it was just indigestion or something that would just "pass", although I did see that he had been Googling appendicitis in the wee hours one night. I thought maybe he had developed a stomach ulcer; the guy has a bit of stress on his plate. By Sunday night, the kids and I decided that enough was enough and Matt took him to a doc in the box, which ended up sending him to the ER to run diagnostic tests on him all night long.

Gallstones. He came home at 6 a.m. with 3 RX's, an upcoming surgery that we need to schedule somewhere in the chemo mix, and a new diet in the meantime.

Yes, we've now reverted to nursery rhyme status and humor. Dave is Jack Sprat who can eat no fat. And I'm the one with the weight, the heart rate, and the temperature all the same number, who used to be a vegetarian, but now spends her days trying to beef up for the next chemo cocktail.

God only gives us as much as we can take. I guess he thinks you are a very strong person with all he is putting on your plate to handle. I'm so sorry to hear about your friend.
I believe Tracy's brother was on the same meds for a year for hepetitis C. Kim, his wife, would give him the shots. He was sick with the flu like symptoms the entire time. But at the end - NO MORE HEPETITIS!
I hope and pray that Dave's surgery goes well and both of you start feeling better real soon.
Love you
"Auntie Carol"

So sorry about your friend. Keep your memories of her tucked away to revisit when you miss her...I do that for my friend, MJ.
Keep you chin up and your sense of humor...you ARE strong enough to "keep fightin' like a girl"! Your family and friends are right beside you all the way and praying for you all. (also remember the "Footprints" poem?...When you think God isn't there, he always is)
Uncle Bill has had the gallbladder surgery and it was one of the easier ones done as an outpatient. Dave will feel much better, I am sure of it.
Love to all

Um, could someone please stop the crazy train so my family can get off before they arrive at the cliffs of insanity! That all seems like too much Jules! So sorry about your friend. You've already proven yourself stronger than I imagine I would be in your shoes, so kudos to you. And poor Dave - I can at least sympathize with him, having gone through the stones and surgery ordeal. The surgery was way easier than the attacks, if you ask me anyway. Hang in there - this too shall pass (hopefully with less pain than a gall stone).
Love,
Sis Chris

Hey Jules - Wow, what a shift in directions from the last time we talked. Seemed there was no side effects other than fatigue at the time. I am so sorry that it has been so difficult. Please let me know how I can help you at this time. I know it must have been so hard to wake up and hear about the news Linda. I will be in prayer for her family and loved ones. Please let Jack know we're praying for him as well. Keep us posted in the when his surgery will be. You are loved with an everlasting love that guides thought he greatest of storms. Wendy

As always, Kris and I continue to pray for you and the family. I know this is tough on you, but you are much tougher! Just keep leaning on your family and friends and you will be just fine. So sorry to hear about your friend. Keep her memory alive and know she is cheering you on. Good luck to Dave with his surgery.
We missed you at Thanksgiving, but you are always in our thoughts.
Love you,
Niki

Ohh, Julie. I am so sorry to hear of the pains you are having. It is a crappy thing! I hate cancer!!! Keep on going. At times you may not even feel like you can crawl in this race, but just keep taking a breath at a time. You've come a long way. Once the T*#@ (I don't want to ruin anything for you by letting you know how it's spelled.) is over, it should be smooth sailing. You can expect to get some relief in between T*@# treatments. If you can, get to know some of the other patients at the clinic. I've seen the benefits of having that type of support too.

I'm sorry to hear about Linda. I know you'll miss her tons. This weekend was generally really crummy at the Evans. Your bodies and hearts may be weak and getting beat up, but at least you still have strong minds and the faithful Lord to sustain you.

FYI... The numbness and tingling from the T#*@ has a cumulative effect. It's not good news, but I thought you needed to be aware. Let the Dr. know how it's progressing, it can be a dose limiting side effect.